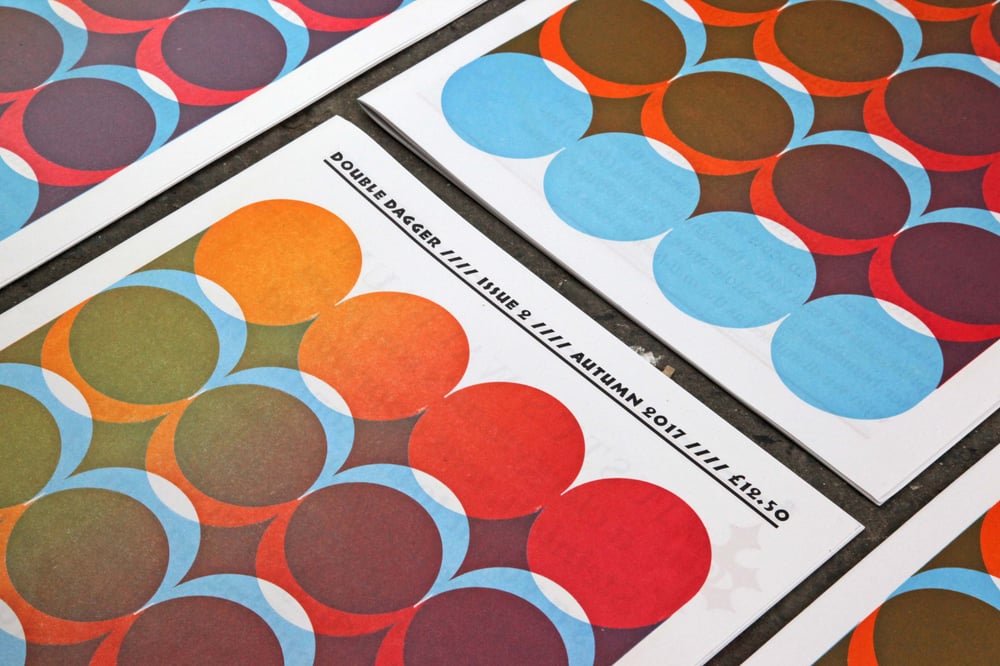 “Justus Walbaum, a clergyman’s son from Steinlah, was apprenticed as a boy at the Konditorei where he learned to engrave pastry patterns into wood. Justus transferred this skill to letter-cutting and on setting up his type foundry in 1796 he began making typefounders’ matrices and tools…”

So begins issue 2 of Double Dagger whose pages, printed entirely from metal and wood type on a Heidelberg SBB Cylinder Press, are adorned with Monotype’s faithful interpretation of Justus Walbaum’s letters, in both the regular (series 374) and the bold (series 375). Number 2 arrives at an increased size of 16pp and contains articles and artwork from a mixture of some of our favourite printers, artists & writers.

Double Dagger, published in Autumn 2017 by Pat Randle and Nick Loaring, contains contributions from the following:

All copies are packaged in custom envelopes that have been made from the waste sheets of issue 2 - these are allocated on an entirely random basis and we will not be able to allocate a specific envelope for you.